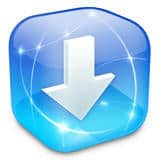 Today, a new iPhone OS, 3.0 has been released. This is obviously a big and long waited for update for all iPhone users. Here in ripdev, we believe, it is about time to officially announce that we are discontinuing support of Installer platform for iPhone and iPod touch.

Over past 1.5 years when we were involved in the ios development tools of Installer project (first in 3.x versions, then in 4.x), a lot of things has happened and we believe it’s time to unify the installation platform for the iPhone — and clearly, over the past year this is DPKG, thanks to tremendous effort of Jay Freeman and his Cydia. We have also dropped our two cents by providing our own themeable and lightweight DPKG installer tool, named Icy.

So now you have a choice, which tool to use — and no matter what you choose, it will be compatible with each other. We obviously cannot speak for Jay, but we will do our best to make sure two products play nicely together.

The Installer 4 repositories we manage will be running until July 1st, 2009, then they will be discontinued and brought offline. So if you wanted to get something that is only available in the Installer — this is the time to do so.

We would like to take the opportunity and say “thank you” to everyone who has contributed and supported Installer project in any way. You rock.